Santam Women of the Future Awards 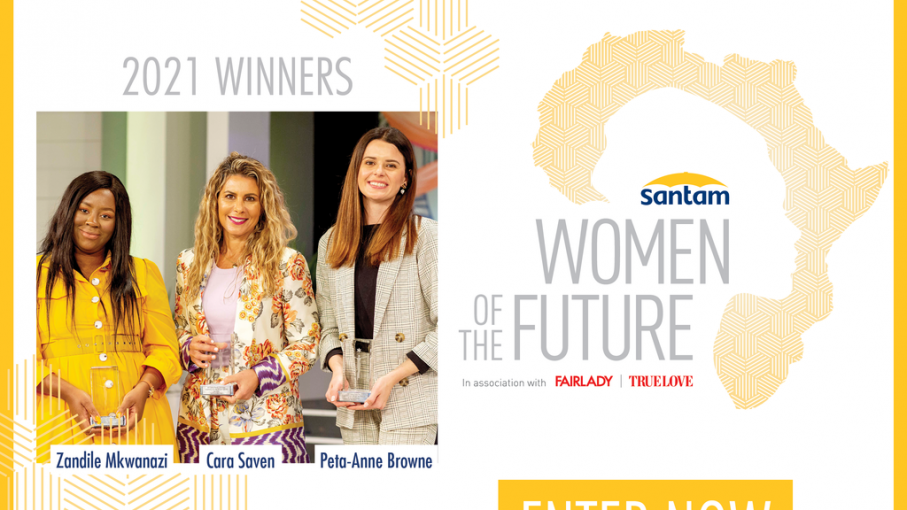 We are searching for South Africa’s most enterprising women!

Santam, FAIRLADY and TRUELOVE are looking for the most impactful, resilient and inspiring female entrepreneurs in the country. Whether you’ve just started a new business or have been running your own business for a while, we want to hear from you!

Now in its eighth year, the awards have become a well-known, prestigious accolade for women-owned businesses, not only contributing to the further success of the winning enterprises but also garnering them international recognition. The awards are an opportunity to recognise and celebrate the most incredible female entrepreneurs in South Africa. We believe in women, and we believe that women running their own businesses, in their own ways, can change the economy – and the future – of our country.

‘I’ve been one of the judges for the Santam Women of the Future Awards for the past eight years, and I absolutely love it because it showcases exactly what South African women are capable of – it’s extraordinary!’ says FAIRLADY editor Suzy Brokensha. ‘It’s not just about the great ideas – although those are always impressive – it’s also about the determination to succeed against considerable odds that I find so inspiring. To see these talented, brilliant women rewarded for their grit and effort is a huge joy.’

‘This year’s awards come at a critical point in our country and economy,’ says TRUELOVE editor Makhosazana Zwane-Siguqa. ‘We’ve been through the shock of a worldwide pandemic; it was a first for our generation and, quite simply, the worst trauma we have had to live through. For women entrepreneurs in particular, it was life-changing. Businesses that have survived the past two years or launched over this period need all the support they can get. This is underscored by the fact that women are more likely to become entrepreneurs, given that there are still fewer opportunities available to them, coupled with their responsibilities as primary caregivers. So we are very excited and honoured to be part of this year’s project with Santam alongside our sister magazine, FAIRLADY.’

Santam’s many years of supporting women in business in South Africa have given the company valuable insight into the potential pitfalls of the entrepreneurial journey. Santam understands that the first 1 000 days of running a business are the hardest – if you’re still in business by day 1 001, they believe you’re in it for the long haul!

‘The eight years that we have been part of this initiative are indicative of our commitment to showcasing the depth and breadth of talent of South African female entrepreneurs,’ says Mokaedi Dilotsotlhe, chief marketing officer at Santam. ‘We believe that by highlighting their successes, we will inspire the inception of many more women-led start-ups in our country.’

Entrepreneurs can enter one of three categories:

With over R575 000 worth of prizes, winning one of the three Santam Women of the Future Awards is a true game-changer! Not only do the winners receive mentorship from the judge of their choice, as well as fabulous prizes, but the business also gets an enormous publicity boost from FAIRLADY and TRUELOVE, and from the fabulous award ceremony itself.

With Santam’s expertise, and the networking, contacts and inspiration of FAIRLADY and TRUELOVE, we’ll take you and your business to greater heights.